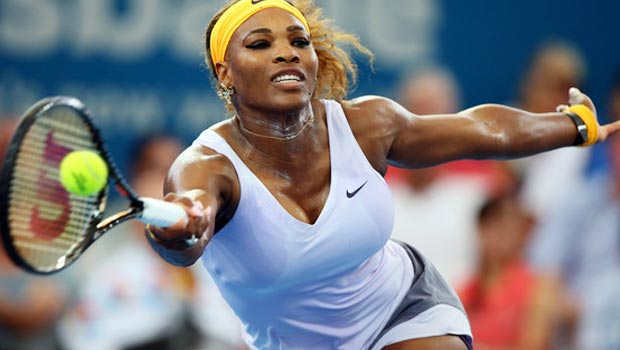 World number one Serena Williams revealed that she must work hard to bounce back from a shock first-round exit at the hands of Jana Cepelova of the Family Circle Cup.

The 17-time Grand Slam entered the tournament brimming with confidence after claiming the Sony Open title last weekend with a victory over China’s Li Na, currently second in the world rankings.

However, the American tripped up against the Slovak in South Carolina, beaten 6-4 6-4 and left licking her wounds.

The defending champion admitted that she never got going and from very early on, started to get the feeling that it would not be her day.

In particular, the 32-year-old struggled to get her serving game going in the tie and she failed to recover after losing the first five games.

“I was really struggling with my serve,” she said. “I didn’t really get any big ones in, so I took the pace off. It wasn’t my day. It wasn’t meant to be.

“Obviously things didn’t go great, but she was a great counter-puncher and hit a lot of balls back.”

Cepelova, 20, is ranked at 78 in the world and had never previously picked up a win over an opponent ranked in the top 15.

Williams will be looking to get back to winning ways sooner rather than later as she looks to build some momentum ahead of the French Open on May 25.

The American powerhouse has found life tougher in Paris than at the other three Grand Slam events but will go into this year’s renewal as the defending champion after ending an 11-year wait for a second French Open title last year.