Wimbledon 2021: Novak Djokovic deserves to be on brink of history, says Roger Federer 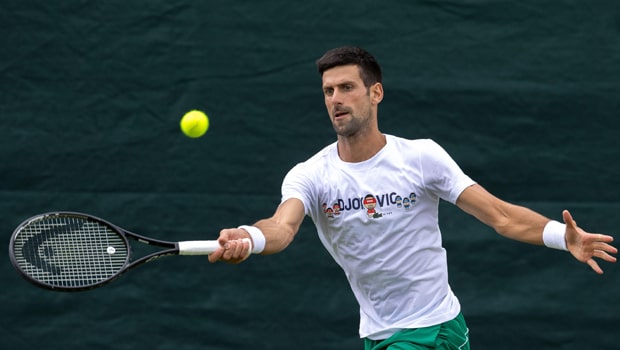 Eight-time Wimbledon champion Roger Federer has heaped praise on World No.1 Novak Djokovic. Federer stated that Djokovic deserves to be on the brink of history. Federer and Nadal have won most slams in Men’s Tennis as they have clinched 20 titles whereas Djokovic is hot on the heels of the two greats as he has won 19 major titles.

Djokovic is chasing his 20th title in the ongoing Wimbledon and he is a big favorite to go all the way. Federer feels Djokovic has worked really hard on his game and fitness and the Serbian deserves all the accolades.

Djokovic is playing at the top of his game and the Swiss Maestro believes it is going to be tough to beat the World No. 1.

“It’s just very, very impressive to see what he’s doing this year,” said Federer after beating Britain’s Cameron Norrie 6-4, 6-4, 5-7, 6-4 on Saturday to book a place in the fourth round of a Grand Slam for the 69th time.

“He’s able to have different ways to win matches. He’s done incredibly well in Australia, now again also in Paris. That was exceptional, of course.

“He looks like the big favourite here. He deserves it. He’s worked extremely hard. He’s playing great at the same time, too. He’s going to be tough to beat.”

Meanwhile, Djokovic has only lost a set in the first three matches of Wimbledon. The Serbian defeated Jack Draper in four sets in the opening round whereas he went past dangerous Kevin Anderson in straight sets in the second round. Subsequently, he didn’t break a sweat against America’s Denis Kudla as he won in straight sets.

Djokovic is playing at the top of his game and he is on the cusp of creating history. The Serbian will next face Cristian Garin in the Round of 16.