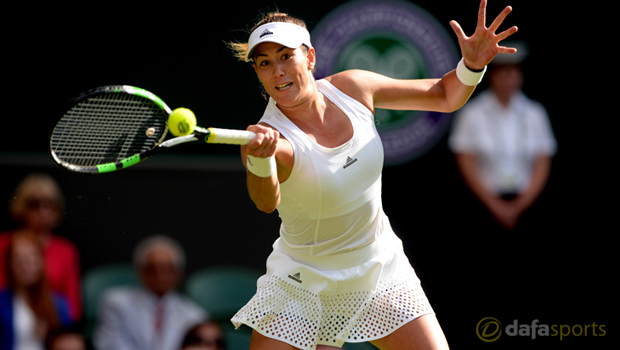 Garbine Muguruza believes her fighting spirit will be key to her chances of succeeding at Wimbledon.

The Spaniard finished as runner-up at SW19 12 months ago, going down to Serena Williams in the final, but has since gone from strength to strength and got revenge on the American by beating her in the final of the recent French Open.

She headed to Wimbledon full of confidence and looked on course for a comfortable opening win on Monday against Camila Giorgi.

Muguruza breezed through the opener and appeared to be in control of the second set before Giorgi found her rhythm to level.

However, the second seed eventually battled to a 6-2 5-7 6-4 win and will now meet Jana Cepelova. Speaking after the match, Muguruza admitted she sometimes struggles to adapt to playing on grass due to the unpredictability of the surface.

The 22-year-old is remaining upbeat, though, adding that the way she battled to victory on Monday will give her plenty to work with going forward.

“I think Wimbledon is a very tricky tournament because the grass sometimes, it can give you surprise,” Muguruza said.
“I think all the matches are quite more equal. I think I had a very tough match today.

“But, well, I’m going to take the positive side. I think it’s good to start the tournament, it’s good to get into the grass court.

I’m very happy about this match. Sometimes you don’t win every match beautifully, but you just got to be there and fight for the match.”

Muguruza is currently the 5.50 second favourite to win Wimbledon, with defending champion Williams at 2.38.