Williams looks to beat everyone in French Open 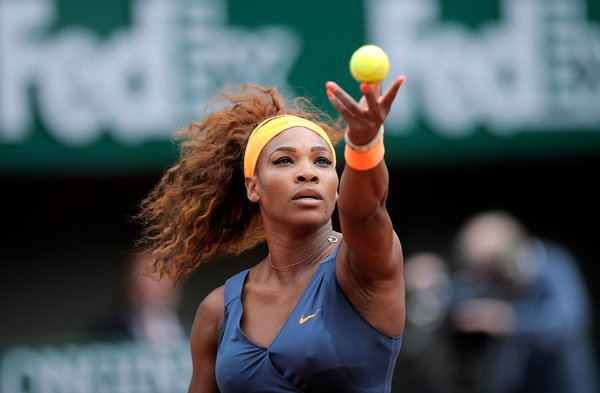 Serena Williams drubbed Caroline Garcia in 6-1, 6-2, extends win streak to 26 and storms to round 3.

Serena Williams is on a rampage to avenge last year’s first round exit in the French Open, drubbing Caroline Garcia of France 6-1, 6-2 in their second round match to extend her win streak to 26 and cruise through to the next stage.

Looking to win her first French Open title since 2002, the No. 1 Williams utilized her strength advantage over Garcia and surged onto a 5-0 lead in the first set before the French barely managed to avoid a bagel.

Garcia fought better in the second set, winning the third and fifth games but Williams was just too strong for her as the latter broke for the fourth time to end the game.

After she got the boot in last year’s Roland Garros tournament, Williams ran on a warpath, winning 69 of her last 72 matches, including a 25-game win streak coming into the match.

“It’s also important for me to play well. If I play well, it will bode well for me at Roland Garros,” said the 31-year-old Williams, who is seeking for her second French title and 15th Grand Slam.

Although she is doing well in the singles, Williams and her sister Venus Williams suddenly withdrew from the doubles tourney this Wednesday. Venus claimed that she was having back pains during her three-set loss last Sunday.

The Williams, who lost to Sara Errani and Roberta Vinci in the quarterfinals of this year’s Australian Open, have won a total of 13 Grand Slams in doubles events.