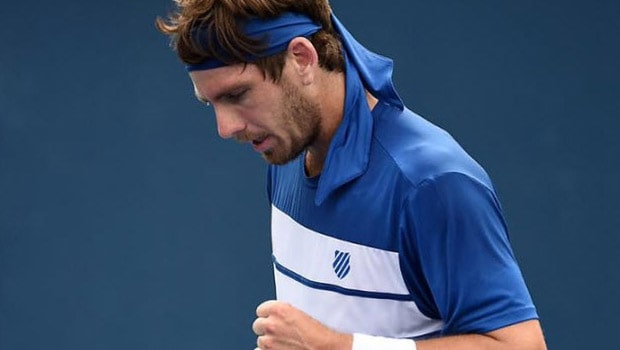 Cam Norrie put up an incredible game as he recorded a key victory on the first day of the US Open, staging a comeback from two sets down and saving two points in a fascinating fifth set on his way to knocking out ninth seed Diego Schwartzman.

Britain’s tennis player Cam Norrie showed incredible strength and character as he fought back from two sets down to defeat Diego Schwartzman as Grand Slam tennis returned for the first time in 211 days at the US Open.

Norrie, who is ranked 76, smashed 39 winners and saved two match points in the deciding set before getting his biggest win at a Grand Slam, as he won 3-6 4-6 6-2 6-1 7-5 in just under four hours on Court 5. The 25-year-old initially looked like losing when two sets down but rose back to life in the third and fourth sets to take it into a decider.

This win was Norrie’s best-ever win at a Slam by ranking. Before he defeated world No. 13 Schwartzman yesterday, his previous best result was against Germany’s Peter Gojowcyzk at the 2017 French Open.

Cameron Norrie will look to impress at this year’s US Open and improving his ranking. Back in 2018, Norrie won his debut Davis Cup match in Spain against then world No. 23 Roberto Bautista-Agut, despite the fact that he only turned professional eight months earlier.

Reacting to the game, Cam Norrie admitted that his tennis level wasn’t that great, but he maintained a good attitude and was fortunate to record the win. He also said that he made a lot of errors early in the game.

Fellow Brits, Jamie Murray and Dom Inglot were among the players who watched in the stands and cheered him. Norrie stated that his opponent did not seem to appreciate their support.

He said: “The British guys watched and Schwartzman was getting a little bit upset at them cheering me. It was good to get over the line.”

Norrie has never reached the third round at Flushing Meadows, but he will have a chance to reach that round when he faces another Argentine in the second round. He will face world number 103, Federico Coria.

Fourth seed Stefanos Tsitsipas also got through after a straight-sets win over Spain’s Albert Ramos-Vinolas.