US Open 2018: Rafael Nadal holds on in New York

Posted by Daniel Martin on September 5, 2018 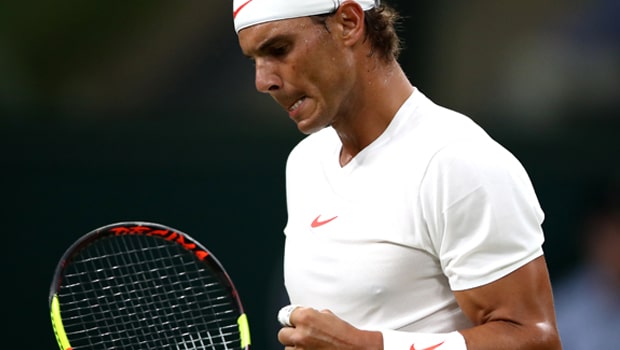 Spain’s Rafael Nadal did enough to advance into the semi-finals of the US Open on Tuesday despite a late fightback from Dominic Thiem.

The champion moved a step closer to successfully defending his title following a brutal contest at Flushing Meadows.

The ‘King of Clay’ will now take on third seed Juan Martin Del Potro for a place in the final.

Nadal’s match with Thiem lasted until after 2am local time but the fans’ favourite eventually found a way through, but admitted he “suffered” as he tries to maintain his challenge for an 18th Grand Slam.

“I suffered, that’s the right word. I said to Dominic I am sorry. He’s a great guy, a close friend who will have many more opportunities to win the big titles,” said Nadal.

“He has a great attitude and is a great fighter.”

Novak Djokovic remains the 2.00 favourite for the final Grand Slam of the year, while Nadal is 3.20 to win.

He and Del Potro will meet on Friday and the Spaniard is 1.62 to grab the win, with Del Potro the slight outsider at 2.25.

She will now play 19th seed Anastasija Sevastova, who had earlier beaten the defending champion Sloane Stephens, for a place in the final.