US Open 2018: Novak Djokovic cruises into round four

Posted by Daniel Martin on September 2, 2018 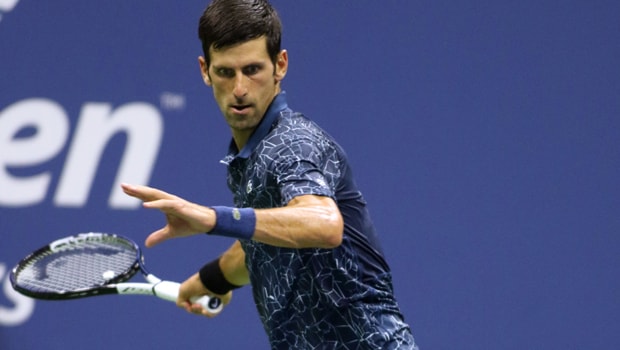 Former world number one Novak Djokovic has sealed his place in the fourth round of the US Open after comfortably seeing off Richard Gasquet.

The Serbian eased to a 6-2 6-3 6-3 victory on Arthur Ashe Stadium to move into the last 16 and keep alive his hopes of going all the way at Flushing Meadows.

Djokovic, who is priced at 3.25 to win the US Open, has looked like his former self since winning Wimbledon two months ago and he was far too good for Gasquet as he wrapped up the tie in two hours and 10 minutes.

The two-time US Open champion remains on course to meet Roger Federer in the quarter-finals, however, he must find a way past Portugal’s Joao Sousa in the last-16 first.

The world number six believes his performance in New York was one of the best of his career on the hard courts.

Djokovic said: “It was the best match of the week so far, without a doubt.

“One of the best performances I had in the hard-court season after Wimbledon.

“Came at the right time because Gasquet is a tricky player, someone that has plenty of experience, someone that I know very well.

“Obviously he showcased today why he has one of the best backhands, one-handed backhands, in the game.

“I don’t think he was playing bad. He was there. It seemed like he just needed a few points to break through.

“I thought I was playing on a very high level from the first point. Very, very pleased with the performance.”