Posted by Daniel Martin on September 9, 2015 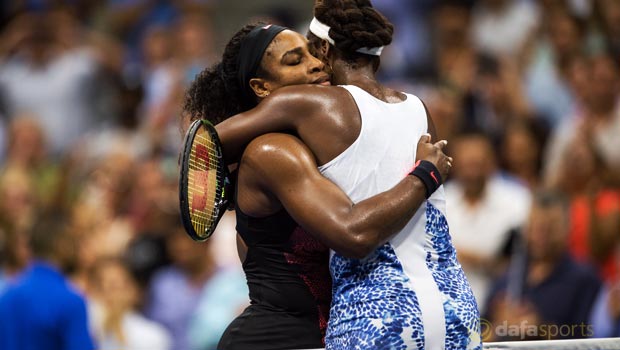 Serena Williams remains on course to complete a calendar year Grand Slam sweep after beating her sister Venus in the quarter-finals of the US Open.

If the number one seed wins the US Open it will be her 22nd Grand Slam title, which would tie the Open Era record.

Serena appeared to be easing to a routine victory when she took the first set 6-2, but number 23 seed Venus hit a purple patch in the second set, reeling off five games in a row to win it 6-1.

However, Serena returned to her best in the third set and raced into a 3-0 lead, eventually winning the match with a 12th ace as she clinched the last-eight clash 6-2 1-6 6-3.

“I’ve had a lot of losses against those players, as well. But they didn’t know my game as well as Venus, and just didn’t beat me as many times as Venus has.

“She was at an unbelievable level. It’s probably the toughest match I’ve played in a really, really, really long time where I wasn’t actually beating myself. I was out there facing an incredibly tough opponent.”

Serena, who has now won 16 of her 27 contests with Venus during her career, will play the unseeded Roberta Vinci in the last four on Thursday, and is 1.04 to beat the Italian. A shock win for Vinci is available at 9.50.