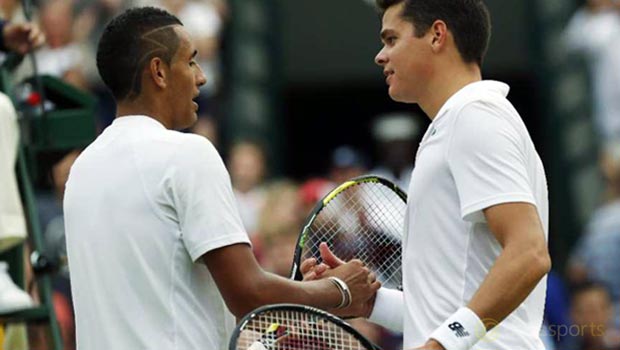 The clamour for tickets at Queen’s Club will be as fierce as ever this summer after Wimbledon semi-finalist Milos Raonic and young Australian Nick Kyrgios added their names to the stellar line-up.

The Aegon Championships is the traditional Wimbledon warm-up event and usually attracts a decent field in west London.

But this year there will be six of the world’s current top 11 in the line-up as the players try to fine-tune their games ahead of the year’s third Grand Slam.

Canada’s Raonic, who is ranked sixth in the world, lost to Roger Federer in last year’s Wimbledon semi-final while Kyrgios shocked two-time champion Rafael Nadal in the fourth round.

Big-serving Raonic appears to have the game to do well at the All England Club and cannot wait to test his skills at Queen’s.

“It’s a great opportunity to experience an event I have watched so many times,” he said. “An event which is played on beautiful courts at an iconic club, and it feels like the best way to adjust to the surface heading into Wimbledon.”

The pair will join British number one Andy Murray, Nadal, Stan Wawrinka, Marin Cilic and defending champion Grigor Dimitrov in the capital, and Kyrgios echoed Raonic’s words in expressing how much he enjoys playing the short grass-court season.

“Wimbledon last year was my best experience so far, and every time I go to Britain I feel comfortable.”