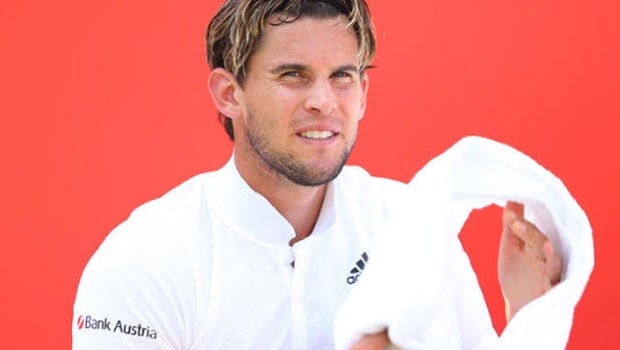 It was an extraordinary atmosphere on Wednesday as the Berlin exhibition final was played. Before the game, precautionary measures were taken with face masks, disinfectants, and temperature checks due to the coronavirus pandemic.

The Steffi Graf Stadium in Berlin’s Grunewald district was scanty most of the match as the number of spectators was restricted to maintain social distancing laws. A little over 800 fans were permitted in the 5,000-capacity stadium, though there was not much present for the final after rain delayed play for almost seven hours.

En route to the final Dominic Thiem defeated Italian tennis player Jannik Sinner in the semifinals, while Matteo Berrettini aced out Spaniard Roberto Bautista Agut to advance to the finals.

In the final match, 26-year-old Thiem had a pretty straightforward win, as he comfortably saw off his opponent 6-7 (4) 6-4, 10-8 to win the exhibition tournament.

Also, in the tournament, the women’s final was supposed to be played between Elina Svitolina and Petra Kvitova, after the men’s final but was later postponed to Friday. The third-place matches were called off altogether due to the rain.

Another exhibition tournament at Berlin’s Tempelhof Hangar is set to commence Friday.

The two Berlin tournaments are being played due to the fact that professional tennis has largely been shut down. It is also being held to replace a WTA tournament that had originally been set for June. That was meant to serve as the return of tour-level tennis to Berlin for the first time since the year 2008 when the International German Championships was last played on the WTA Tour.

The matches at this exhibition tournament had a super tiebreaker that replaced the third set. This was done so as to prevent player fatigue, and there were electronic line calls with no line judges to alleviate the number of people present on the court.