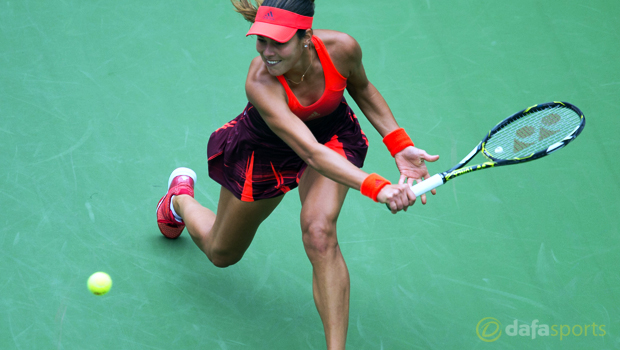 Ana Ivanovic says she is no longer thinking about past glories as she believes there is still plenty to come from her career.

The Serb claimed her only Grand Slam title to date at the French Open back in 2008, the same year she reached the final of the of the Australian Open and her exploits saw her climb to the top of the world rankings.

However, she then lost her form, dropping out of the top 20 and has struggled to rediscover her rhythm, aside from the occasional run of big performances.

She bounced back in 2014 though, rising back up to the top five thanks to wins in Auckland, Monterrey, Birmingham and Tokyo.

Although she struggled at times last year, she remains an extremely dangerous player, reaching the semi-finals at the scene of her greatest triumph at the French Open in Paris.

With the Australian Open on the horizon, a tournament she is 51.00 to win, Ivanovic is feeling confident about her game and feels like she is entering a new part of her career.

Looking ahead, the world number 16 says she is no longer dwelling about her past achievements as she believes she still has the ability to get back to the top of the game.

“I feel like I’m a different player and person than I was then,” the 28-year-old Ivanovic said. “So I try to look more towards what’s to come yet.

“2014 was a great year for me and it started off here. I had great success and I wish I could repeat that this year.”