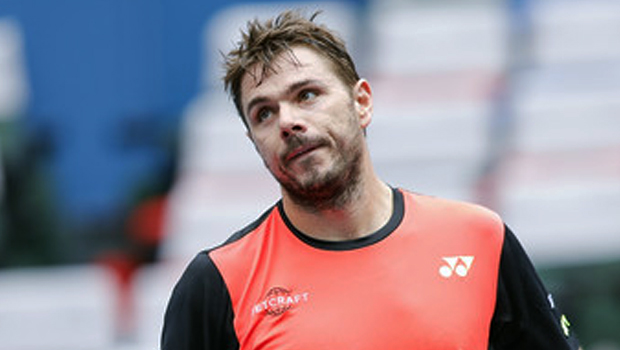 Third seed Stanislas Wawrinka says he is happy with the state of his game at the moment after ousting Briton Kyle Edmund in the second round of the Shanghai Masters.

Wawrinka, who won his third career Grand Slam at the US Open this year, went head-to-head with the improving Brit for the first time on the ATP Tour.

The Swiss star, who has climbed to world number three, was the dominant force throughout the match and clinched victory in straight sets, winning 6-3 6-4.

He never really looked in trouble and saving three break points towards the latter stages of the contest was the most work he needed to do in the match.

The 31-year-old racked up 16 winners compared to Edmund’s six and the 2014 Davis Cup champion will now face either France’s Gilles Simon or China’s Wu Di in round three.

Wawrinka is showing exactly why he is one of the favourites to lift the title and admits his latest performance against Edmund has boosted confidence levels.

“I’m really happy with my game so far. I wasn’t expecting to play that well,” he said. “I was expecting a tough match because he’s improving a lot.

“I’m happy with the way I controlled the match, serving well. In general, there were a lot of positives for me.”

Wawrinka is in the same half of the draw as double Olympic champion Andy Murray and the duo could meet at the semi-final stage in Shanghai.

Murray, who picked up a second Wimbledon title this season, takes on American Steve Johnson in round two on Wednesday. The world number two is the firm 1.08 favourite to win whilst his opponent is priced at 6.50.