Posted by Daniel Martin on September 9, 2017 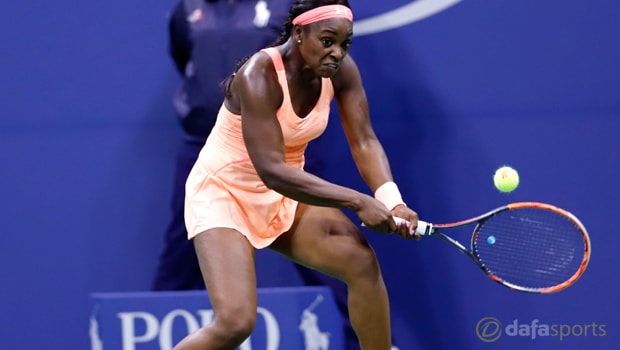 Sloane Stephens says she has “no words” after booking her spot in the US Open final and is now just hoping to keep the hard work going to end her Flushing Meadows quest on a high note.

Stephens only returned to action at Wimbledon, ranked 957th in the world, after missing 11 months with a foot injury, but she has been on a remarkable run ever since.

The American secured 13 wins in 15 matches prior to her semi-final meeting with compatriot Venus Williams at the US Open and that run has been extended to 14 victories in 16 outings.

Florida’s star took the first set in convincing fashion, dropping just one game in a 6-1 rout, but she was pegged back immediately by her more experienced opponent, who won the second 6-0.

It was a nervous affair in the decider before Stephens produced the goods when needed, taking the set 7-5 and booking her spot in a Grand Slam final for the first time.

“I have no idea how I have done it. Your guess is as good as mine.

“If someone had told me when I started my comeback that I would make two semi-finals and a Grand Slam final, I would have passed out. I don’t know how I did it. Just hard work.”

Stephens will take on compatriot Madison Keys in the final after she beat fellow American Coco Vandeweghe, seeded 20th, 6-1 6-2 in the other semi-final.

Keys, who will also be appearing in her maiden Grand Slam final, is the 1.44 favourite to lift the trophy in New York while Stephens in the slight outsider at 2.75.