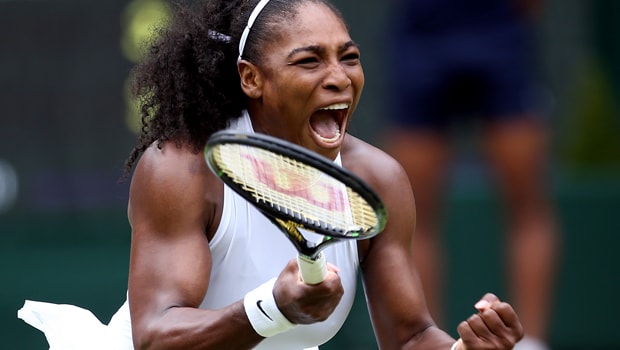 Williams has defied all expectations at the All England Club this year to reach Saturday’s final and given herself a shot of winning a record-equalling 24th Grand Slam title.

This is just the American’s fourth tournament since returning to action since giving birth to her daughter and she has done remarkably well to reach the showpiece event at SW19.

Next up for the 36-year-old is a clash against German Angelique Kerber and the contest will be a repeat of the 2016 final which was won by seven-time champion Williams.

It is sure to be another cracking contest between the pair and Williams, who admits she will need to be on top of her game to triumph, is hoping she can continue to keep improving.

“I was expecting a few more baby steps myself,” she was quoted as saying by BBC Sport.

“Again, I’ve said it all week, this is only my fourth tournament back.

“[But] Every time I go out there, I want to I guess take a giant step forward, keep taking giant steps, but keep improving.”

Williams, who has dropped just one set in the tournament so far and has recorded the second-fastest serve at 122mph, is the 1.44 favourite to win the final while Kerber, who has also only lost one set, is 2.63 to land her first Wimbledon title.

This will be the ninth meeting between the pair, with Williams holding a 6-2 advantage.