Posted by Daniel Martin on September 3, 2018 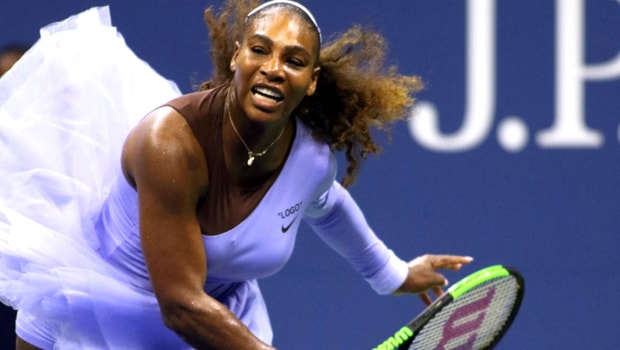 Serena Williams insists she has lost none of her desire to win Grand Slam events after she booked her place in the quarter-finals of the US Open with a three-set victory over Kaia Kanepi.

The American, who is looking to equal Margaret Court’s all-time record of winning 24 major titles, dropped her first set of the tournament against Estonian Kanepi, but she recovered to eventually prevail 6-0 4-6 6-3.

Williams is playing in just her seventh tournament since returning from giving birth to her daughter last year, but, after reaching the final of Wimbledon in July, she insists she has lost none of her desire to win Grand Slam titles.

“That desire has not gone down at all,” she said, following her victory over Kanepi.

The 36-year-old conceded she does not know whether she is yet ready to win another Grand Slam, as she is still working her way back to full fitness, but she admits it would be “wonderful” to win a major title at the same time as raising her daughter.

“It would be wonderful to win a Grand Slam while having a daughter, but it’s a lot of work,” Williams added.

“It takes a lot of work to win those tournaments. I’m only in my third one back. I’m going to continue to grind and see what happens.”

Next up for the six-time US Open champion is a clash with eighth-seed Karolina Pliskova in the quarter-finals on Tuesday and she is priced at 1.33 to win that contest, while her Czech opponent is available at 3.25.