Posted by Daniel Martin on September 8, 2016 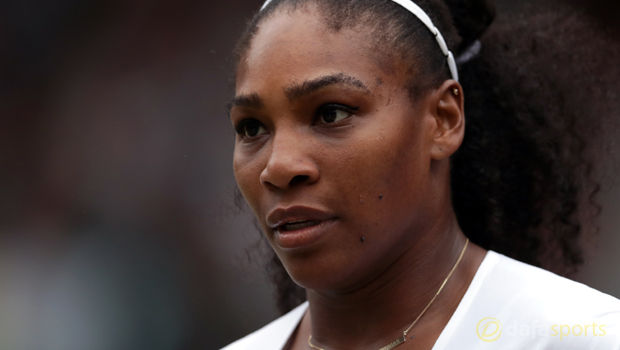 Serena Williams is confident she will be able to deal with Karolina Pliskova’s big serve when the pair meet in the semi-finals of the US Open.

The American, who is the 1.50 favourite to win the tournament, came through a gruelling three-setter against Simona Halep in the last eight, with the Romanian saving 12 break points in the second set before Williams clinched a 6-2 4-6 6-3 victory in the decider.

It was the first time the world number one has been taken to three sets this year at Flushing Meadows as she continues to try and win a record 23rd singles Grand Slam.

Next up is the Czech Republic’s Pliskova, the player who defeated Williams’ sister Venus in the fourth round, who will head into the match with seemingly nothing to lose as she makes her first Grand Slam semi-final appearance.

The rangy 24-year-old, who is 12.00 to win the tournament, is known for her serve and will be hoping power and precision can provide a firm base on Friday.

Williams admits she will face a different test than provided by her previous opponents when she meets the 10th seed, but is positive about her chances of making it through to her ninth Flushing Meadows final.

“I haven’t played against many big servers recently, but she places her serve really well,” Williams said. “She definitely gets some speed on it, but her placement is really, really nice.

Hopefully I’ll be able to read them and play OK.” Williams is 1.17 to win the clash with Pliskova, with the Czech the outsider at 4.33.