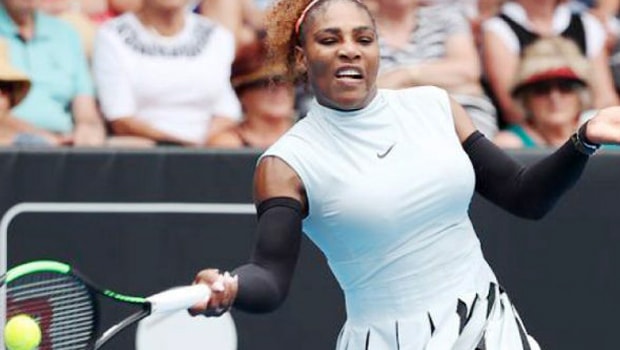 World number two Serena Williams says she is struggling to find a way to explain her performance after being knocked out of the Auckland Classic in the second round on Wednesday.

Williams, who was playing in her first tournament since her semi-final loss at the US Open last September, was well below par against her fellow American Madison Brengle.

The 22-time Grand Slam winner struggled with her ball toss in the blustery conditions and she made a staggering 88 unforced errors in slipping to a 6-4 6-7 6-4 defeat.

It was a massive shock to the system for the 35-year-old and there are now real doubts whether she will be able to win a seventh Australian Open crown at Melbourne Park this month.

There are only two more opportunities for the American to get some valuable playing time in before the first Slam of the season – the Apia International Sydney, which runs from January 8-13, and the Hobart International, which takes place from the 8th to the 14th this month.

Speaking about her display, Williams failed to think of any immediate words to explain what happened although she highlighted the errors category as an area that needs improvement.

“I really think I played – I’m trying to think of a word that’s not obscene – but that’s how I played,” she said.

“Eighty eight unforced errors is too much, just way too many. It’s a lot. I can’t expect to win hitting that many errors.”

Williams is still the 3.10 favourite to win the Australian Open while defending champion Angelique Kerber is closely behind the betting at 4.33.

Brengle, who is riding high after recording one of the biggest wins of her career, will now play 19-year-old Latvian Jelena Ostapenko in the next round of the Auckland Classic.