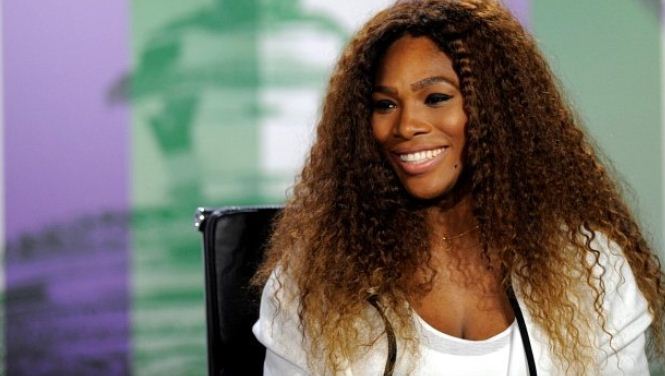 Serena Williams insists it will be difficult taking part in Wimbledon without her sister, Venus but revealed she feels more confident after a pep talk.

Venus has been forced to miss the grass competition for the first time since her debut in 1998 due to a back problem which has been affecting her game for some time.

Serena will be vying to try and go one better than her sister and collect a sixth title at SW19, defending the silverware she picked up after beating Agnieszka Radwanska in three sets last year.

Although the world number one admits that it was a huge blow to morale when she heard the news that her sibling would not be taking part she believes that it is important to try and put that to the back of her mind.

The duo hold a close bond and usually share an apartment in the local area of the All-England club each year as well as living together in a house in Florida.

The world number 34 is eager for Serena to triumph at the Grand Slam and pick up her 17th title, which if Roger Federer fails to retain his title will place the American on a level standing with the men’s world number three.

Serena said: “For me there is no family competition, but this is the first year I’ve played Wimbledon and Venus hasn’t been here.

“I feel so lonely. I feel like something is missing.

“It’s incredibly disappointing. We always used to stay together and I’m still staying in the small room because she always had the bigger room.

“But before I left, she said; ‘Snap out of it. It’s time for you to pass me’. So that was really encouraging. Hopefully I’ll be able to do it.”