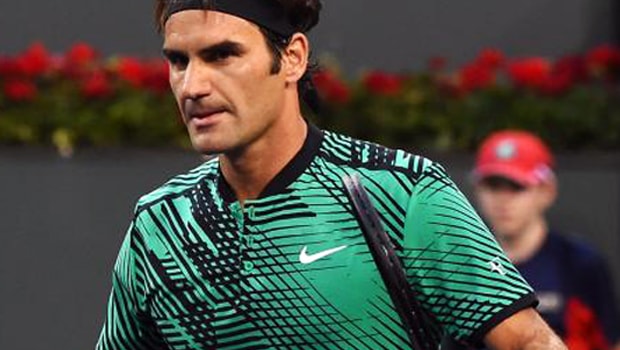 Roger Federer is relishing an Australian Open final repeat when he meets Rafael Nadal in the fourth round of the BNP Paribas Open in Indian Wells.

Federer overcame Steve Johnson 7-6 7-6 to set up yet another clash with old rival Nadal, with the paid holding seven Indian wells titles between them.

The Swiss overcame the Spanish left-hander in a five-set classic in Melbourne earlier this year, with both players making stunning returns to form after lengthy injury absences.

And Federer is full of optimism for the 36th meeting of the two greats, saying: “I’d better be excited now, otherwise I came for the wrong reasons.

“Regardless of Australia, winning or losing, I’m going to try to go out there and play freely again. I think it’s really important.

“I feel like if I move well I will definitely have a chance against Rafa.”

In their 35 previous meetings, Nadal holds a 23-12 winning record, with each player having won once in their two previous clashes in Indian Wells – with the victor going on to take the title on both occasions.

Seven of their last eight meetings have been won by the player who wins the first set, while Federer will be aiming to defeat Nadal for a third successive time for the first time in his illustrious career.

Meanwhile, Federer is 7.50 to win an eighth Wimbledon title later this year, with defending champion Andy Murray available at 2.75.