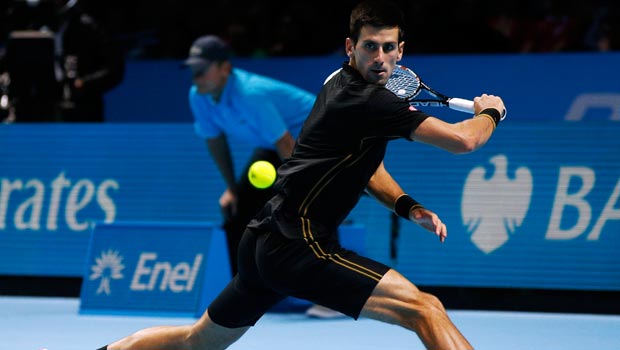 Novak Djokovic and Roger Federer go head-to-head in the final match of the season when they compete in the final of the ATP World Tour Finals on Sunday.

The world’s number one and two will meet in the final that most people predicted in London, although both players had to come through tough semi-final matches.

The Swiss world number two was particularly under pressure in his last four match with fellow countryman Stan Wawrinka.

The current Australian Open champion failed to capitalise on four match points before his 33-year-old opponent used all his experience to scrape through in a deciding set, winning 4-6 7-5 7-6.

“I got lucky,” said a clearly relieved Federer. “Stan played better from the baseline and that usually does the job on this court. But I kept fighting.”

In the other semi-final, the world number one dropped his first set of the tournament against Japan’s US Open finalist Kei Nishikori, before returning to his decisive best in the deciding set to win 6-1 3-6 6-0 and help set up the show piece final.

The two men have dominated the end of season event in recent years, winning seven of the last eight tournaments in the English capital.

Six-time champion Federer is the only man who can deny his 27-year-old opponent a third straight victory in the event and fourth overall in his career, and he is fully aware of the task at hand if he is to beat the man who is currently on a 31-match unbeaten streak in indoor matches.

He stated: “Novak is playing great tennis. It usually brings the best out of me. It’s going to be tough but I’ll give it a shot.”

The Eastern European is slight favourite to continue his streak at 1.29, whilst the seven-time Wimbledon champion is the outsider at 3.77.