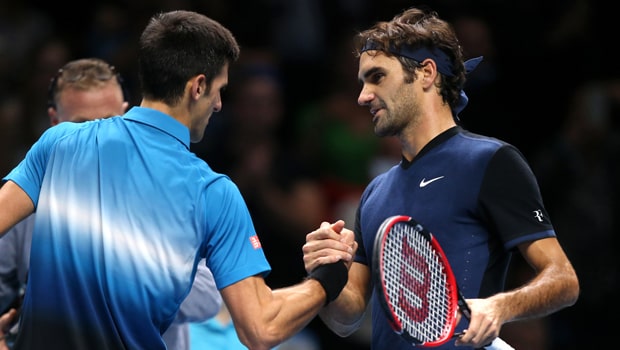 Roger Federer believes Novak Djokovic has to be regarded as the favourite to win this month’s Australian Open.

The first Grand Slam of the year is due to get underway in Melbourne on January 14 and Swiss ace Federer will head into the event as the two-time defending champion.

The 37-year-old, who warmed up for the tournament by helping Switzerland to glory in the Hopman Cup, has won the Australian Open a total of six times, a record for the Open Era that he jointly shares with Djokovic.

Both men are expected to be in the mix to add to their respective tallies this year, but Federer feels Djokovic, who surprisingly lost to Roberto Bautista Agut during last week’s Qatar Open, has to be regarded as the favourite.

“No doubt about it, Novak is the favourite,” Federer was quoted as saying by Sky Sports.

“Regardless of what happened in Doha, he had a super, super strong last five or six months of the year.

“With his class once he gets his groove back he is hard to beat.”

Despite talking up Djokovic’s chances, Federer still feels he has the quality to go all the way this month, although he knows there are a number of players that are likely to be in the mix.

“I’m one of the top 10 favourites and so are many others. I don’t know the draw yet, I don’t know who my first round opponent is, I don’t know if I play on Monday or day or night,” Federer added.

“In terms of who is going to win it, we know who the usual suspects are and I am part of that bunch.”

Federer is priced at 7.00 to claim Australian Open glory for the seventh time, while Djokovic is available at 2.05.