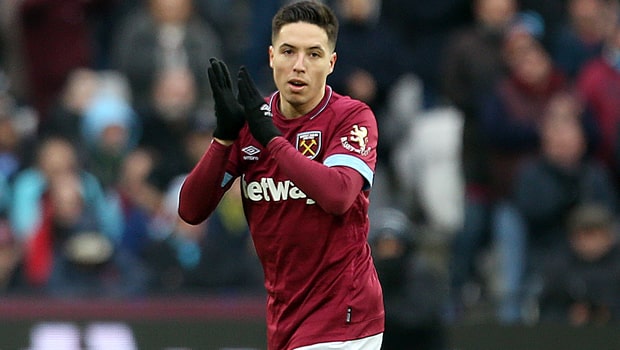 Samir Nasri was pleased to make his first competitive appearance in 13 months as West Ham claimed a 2-0 victory over Birmingham City in the FA Cup third round on Saturday.

The former Arsenal and Manchester City star has been sidelined for over a year whilst serving a doping ban but, after training with the Hammers over the last few months, he was signed by the club when the January transfer window opened earlier this week.

The 31-year-old was an unused substitute during West Ham’s midweek Premier League draw with Brighton, but he was handed a start against Birmingham on Saturday and he impressed during his 58 minutes on the field.

Nasri admitted after the game that he was happy to get his first competitive appearance in over a year out of the way, although he acknowledged the most important thing was that West Ham secured cup progress.

“I’m happy to get my first minutes in the West Ham shirt, but most important was the team performance and winning 2-0, keeping a clean sheet,” Nasri told the Hammers website.

“I felt good, honestly I thought I would struggle a little more with the rhythm as my last game was 13 months ago.

“I’m just relieved that everything is now behind me and happy about those first 58 minutes. It was good and I’m just looking forward to the next game.”

Nasri could now make his first Premier League appearance for West Ham when they play host to one of his former clubs, Arsenal, on Saturday. Manuel Pellegrini’s side are priced at 3.60 to secure a victory from that match, while Arsenal are available at 2.00 and the draw is on offer at 3.80.