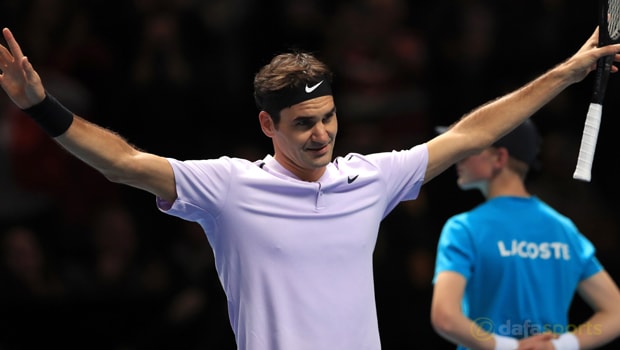 Roger Federer won the Mercedes Cup in Stuttgart to move within two of complete a ton of Tour wins in his career.

The Swiss admitted his hopes weren’t that high going to Germany as he had not played since the Miami Open in March, having elected to skip the clay-court season entirely.

Federer was capping a fine week’s work, with his return to number one in the world rankings already secured via victory over Nick Kyrgios in the semi-finals.

The 20-time Grand Slam champion is attempting to build some momentum ahead of the defence of his Wimbledon crown in a fortnight.

There was just a single break of serve in the Stuttgart final against Raonic, Federer gaining it in the third game with a backhand winner. The veteran suggested he had exceeded expectations by winning in Germany.

“I played very well throughout the tournament, it is a great comeback for me. I am so happy to have won,” said Federer.

“I was hoping to play a couple matches here but I have played four and won them all. The last few have been very good.

“I hope I keep it up at Halle and Wimbledon. It will give me a boost as well, being back at world number one.”