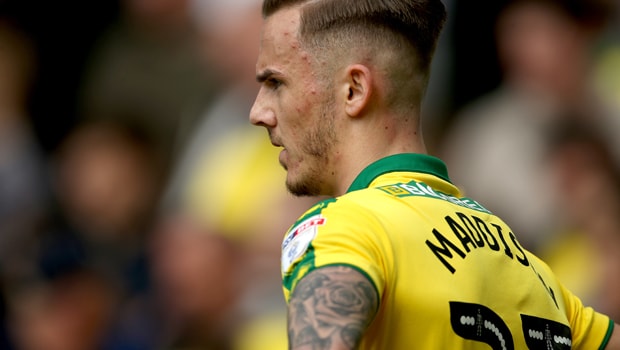 Leicester City are continuing their planning for next season as reports claim they have made a £20million bid for Norwich City forward James Maddison.

A number of clubs are tracking Maddison after his superb campaign in the Championship last season for the Canaries.

Maddison scored 14 goals and picked up eight assists but Norwich still missed out on the play-offs in what was a disappointing campaign under coach Daniel Farke.

Both Everton and Southampton are interested in signing Maddison but Leicester have tried to force through the move by making the first bid.

Norwich are thought to want £25million for Maddison and Leicester are confident the two parties can come to an agreement.

Coach Claude Puel has been very busy in the first few weeks of the season, after already completing two transfers.

Defensive duo Ricardo Pereira and Jonny Evans joined from Porto and West Brom respectively but it now appears that the club are ready to improve their options going forward.

Current star Harry Maguire is at the World Cup with England and the defender admits he is enjoying himself in Russia.

The centre-back is hoping to get the nod to start but he insists he is still proud of his progress no matter what happens.

He told the London Evening Standard: “It’s been a whirlwind few years, a remarkable rise and something I’m very proud of.

“To play for your country is the pinnacle of anyone’s football career, especially at a World Cup.

But I’m in the moment, maybe in a few years you’ll look back at it and think of the memories, especially if they’re good ones.”