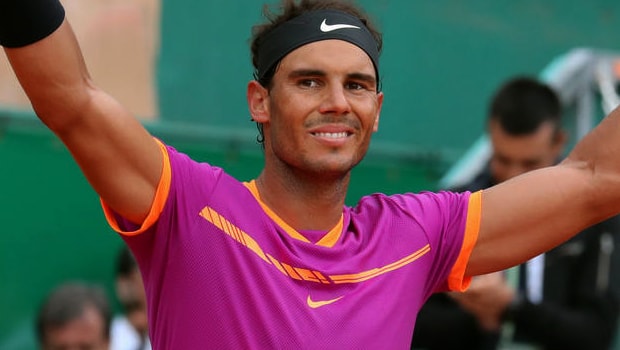 Rafael Nadal admits Sunday’s victory at the Monte Carlo Masters has given him a timely boost ahead of next month’s French Open.

The 30-year-old became the first man in the Open Era to win the same tournament on 10 separate occasions as he outclassed fellow Spaniard Albert Ramos-Vinolas 6-1 6-3 in 76 minutes.

It has been a decent 2017 so far for Nadal and having lost out in the final of the Australian Open, as well as in Acapulco and Miami, he finally got over the line on Sunday.

The result comes at a good time with just less than a month until the start of the French Open, an event the Spaniard has won on nine occasions.

This week sees him defend his title at the Barcelona Open, while the Rome Masters is also likely to be on his agenda before heading to Paris.

Sunday’s success signalled his 50th title on clay, a tally that has earned him the nickname, the ‘King of Clay’ and with him now back to full fitness, he looks like he could be on course for a 10th Roland Garros crown.

Nadal admits his win in the principality has given him a significant boost and is understandably keen to make the most of his extra belief.

“It has been an amazing week on one of the most important events on the tour,” Nadal told reporters.

“I played well here, which helps me a lot to start the clay-court season with confidence.”