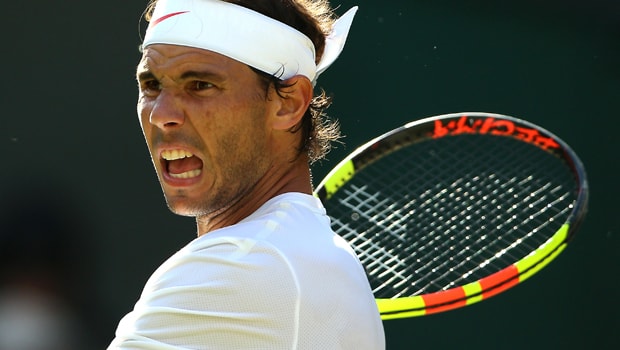 Two-time champion Rafael Nadal insists it is a big achievement for him after he reached the semi-finals at Wimbledon for the first time since 2011.

The Spaniard was forced to work hard for his spot in the final four but he eventually beat Argentina’s Juan Martin del Potro in a five-set thriller on Centre Court on Wednesday.

Nadal won the first set after some nail-biting action but then lost the next two as Del Potro tried his best to reach the semi-finals at SW19 for just the second time.

The second seed is bidding to win his third crown at Wimbledon and he is now one of the favourites at 2.50 after Roger Federer lost to Kevin Anderson on Wednesday.

Speaking after his win, Nadal told the BBC: “Anything could happen, so this is a big achievement for me to get to the semi-finals at Wimbledon.

“Now is the moment to enjoy but start to recover, it was a tough physical battle. The opponent that is coming is one of the toughest. I am just excited to be in the semi-finals.

“I think it was great quality tennis. The final set there were some amazing points. It had a little of everything, great points, great rallies, he was hitting crazy with his forehands. I tried to resist, maintaining focus.

“Sorry to Juan Martin, an amazing opponent and player. In some ways he deserves to go through too.”