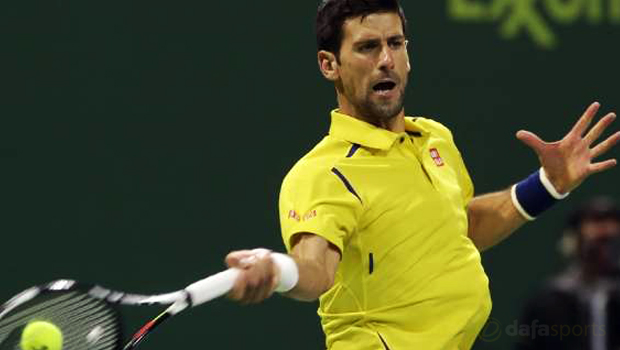 World number one Novak Djokovic claimed his first title of 2016 in ominous fashion with a brutal destruction of Rafael Nadal in the Qatar Open final.

The Serb dispatched Nadal ruthlessly 6-1 6-2 in one hour and 13 minutes, breaking serve twice in each set as his opponent failed to come up with any answers to the raw pace and power coming from the opposite side of the court.

Afterwards, Djokovic admitted he felt he had played “perfect tennis” as he racked up a ninth win in ten meetings with Nadal – the last five of which have come in straight sets.

Djokovic will head to Melbourne next week to begin the defence of his Australian Open crown in the season’s opening grand slam event.

The 28-year-old was brimming after his near-faultless display in Qatar.

“From the beginning, I hit every shot the way I imagined I would hit it. Those two sets give me a great feeling.

“It gives me a lot of confidence and satisfaction, particularly against Rafa.”

Nadal managed to win just nine points on the Djokovic serve in the entire match as the 14-time grand slam champion was issued with a painful reminder of how high the mountain stands in front of him if he wants to reach the peak and win another grand slam.

For Djokovic, Melbourne marks the start of another journey that could possibly end with him holding all four grand slams in one calendar year.

Last year he was denied only by defeat to Stan Wawrinka in the French Open final in Paris.

Djokovic is 1.70 to win his sixth Australian Open in Melbourne. Nadal is now available at 12.00 while Andy Murray – four times a beaten finalist – is 6.50 to finally secure victory.