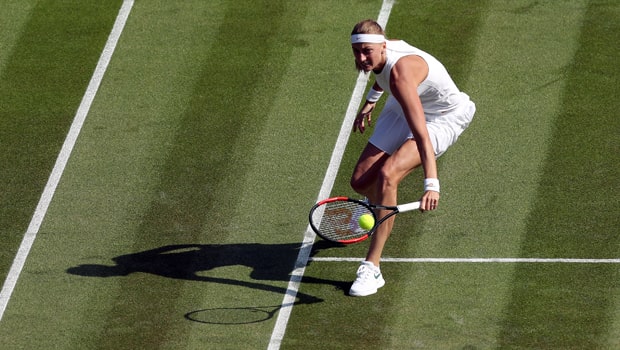 Petra Kvitova’s wait to become world number one goes on after she was beaten by Ashleigh Barty in the Miami Open quarter-finals.

The Czech player lost out in a midnight thriller, as Barty prevailed 7-6 (8-6) 3-6 6-2, celebrating moving into the world’s top ten for the first time in her career as a result of her triumph.

Kvitova, 29, needed to reach the final to have a chance of replacing Naomi Osaka at the top of the rankings. Barty, meanwhile, will face Anett Kontaveit in the semi-finals, after the Estonian beat Taiwan’s Hsieh Su-wei 3-6 6-2 7-5.

Australia’s Barty had lost all four previous encounters against Kvitova, two of them on home soil early in 2019 as she fell in a three-set heartbreaker against the two-time Wimbledon champion in the final of the Sydney Open and was later routed by the Czech at the Australian Open.

Their Miami encounter was interrupted by rain delays but Barty seemed to cope better with the delays when she raced into a 3-0 lead in the final set.

Kvitova battled back into the set and it was back on serve again before Barty pulled clear, the would-be world number one then double-faulting on match point as the 22-year-old 12th seed wrapped up victory.

“It was important for me to try and take Petra’s serve away from her as much as possible,” Barty told press afterward. “She’s got an absolute world-class serve.

“At times it was still out of my control, but I tried to do the best I could and tried to get into as many service games as I could, and I thought I did that really well.”

Pushing her way into the world’s top ten for the first time was a long-term goal ticked off the list, much to Barty’s delight. “[It feels] bloody good,” Barty beamed.

“No, I think it’s been a goal of mine for a long time now. That’s no secret. It’s amazing what happens when you put your hopes and dreams out into the universe and do the work, you know? It’s amazing.”

Barty is now 3.20 to win the title in Miami this week, while Simon Halep is favourite at 3.00 having set up a quarter-final against Qiang Wang on Wednesday.