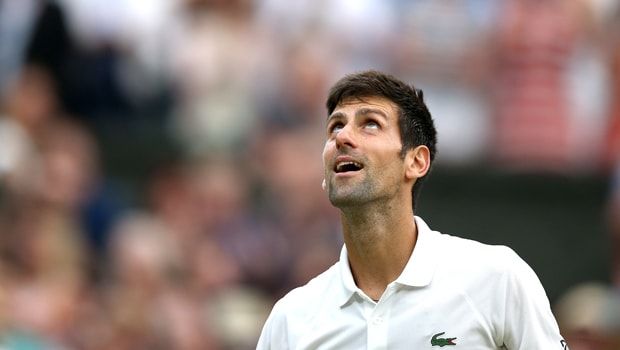 Second seed Alexander Zverev is next up for the Greek, after the German beat Russia’s Daniil Medvedev 6-3 6-2.

For Tsitsipas there was no element of doubt that he’d achieved a career watermark in defeating the 13-time Grand Slam champion.

“I feel very proud for me, myself, and my country. I’m putting Greece more deep into the map of tennis,” he said.

“So I’m pretty sure I’m making my family proud, all of those people that are watching, my coach, my father. It was a very emotional win. “I’ve never felt so many emotions after a victory.”

Tsitsipas made some errors, amongst very few in the match, at the end of the second set as Djokovic levelled via a tie-break.

Tsitsipas broke in his first return game of the third set, with a laser-like backhand down the line, and his strong serve ensured he maintained that advantage to the winning post.

“I was serving well, so that break was everything,” Tsitsipas said.

“It gave me the win at the end. And serving, [it was] unbelievable. [I was] returning pretty well here and there during the match. Yeah, [it is the] best win of my career.”

World number one Rafael Nadal is also through to the last-eight after he came through a gruelling clash with Stan Wawrinka 7-5 7-6 and the Spaniard will play Croatia’s world number seven Marin Cilic in the next round.