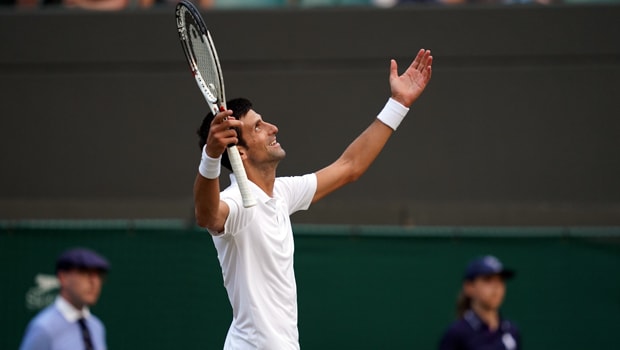 The Serb secured his 13th major crown and ended a two-year Grand Slam drought at SW19 by beating Kevin Anderson 3-0 in the final on Sunday.

Djokovic worked with Vajda earlier in his career but the pair split last year before reuniting in the clay-court campaign this season.

The 31-year-old’s next big target will be the US Open, where he has a chance to match American legend Pete Sampras on 14 Grand Slams, and Djokovic says Vajda will be on his coaching team in New York.

“It seems like he’s planning to keep on working with me, which is great news.

“We going to keep on working till the end of the year, for sure, then we’ll see after that.

“Obviously I’m so grateful to Marian, to GG [Gebhard Gritsch] as well, for coming back. After a year of not working with them, them continuing with their lives, doing different things, leaving that aside and coming to join me again, help me to get to where I am at the moment, it’s really nice of them. I love these guys very much.”

Djokovic is the current 3.75 favourite to win the US Open outright. Anderson, who reached the final last year at Flushing Meadows, is 41.00, while the 2009 winner Juan Martin del Potro is 13.00.