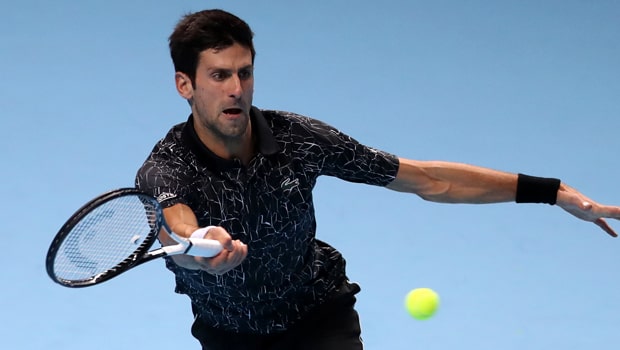 Novak Djokovic is content to still be trading blows with ‘legends’ Rafael Nadal and Roger Federer after confirming his French Open semi-final spot.

The world number one reached his first Roland Garros semi-final since 2016 with a clinical win over German fifth seed Alexander Zverev, coming through 7-5 6-2 6-2 in their rain-delayed tussle.

The 15-time Grand Slam champion will play Dominic Thiem next, as he bids to hold all four Grand Slams after wins at Wimbledon, the US and Australian Opens. In the other semi-final on Friday, clay court king Nadal will square off against 37-year-old Federer in a much-anticipated contest.

It is the first time at a Grand Slam since the French Open in 2012 that Djokovic, Federer and Nadal have all made it through to the semi-finals and the Serb is proud to be in the mix with two greats of the game.

“We have still been enjoying some of our best tennis in biggest events. That’s great to see,” Djokovic said.

“Nadal and Federer are arguably the biggest legends of this sport and most successful players ever, so to be in the mix with them and have a successful career myself is quite a great feeling.”

In 2016 Djokovic became only the second man after Australian great Rod Laver to hold all four Slams simultaneously in the Open era when he won his maiden crown in Paris.

Given the loss of form and fitness problems he has encountered since, the 32-year-old is eager to seize every chance he can to cement his legacy. “The presence of history-making is stronger than ever right now in my career,” said Djokovic.

“I think the longer I play or the further I go in my career, the sense of history-making is only getting stronger. That’s one of the greatest motivations I have.”