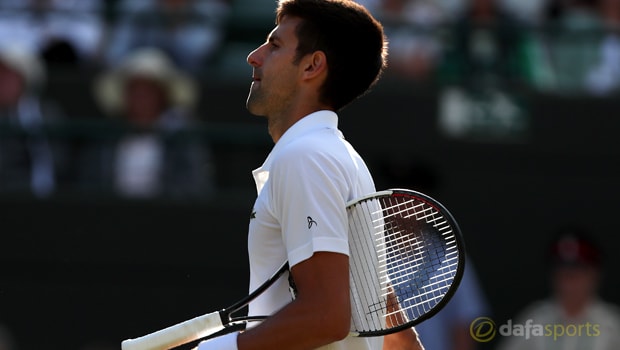 Former world number one Novak Djokovic has conceded he struggled to find his rhythm during his BNP Paribas Open defeat to Japanese qualifier Taro Daniel on Sunday.

The five-time winner had been hoping to work his way back into action after taking a six-month break at the end of 2017.

Djokovic decided to return at the Australian Open but he was forced to have more surgery before returning last week.

Djokovic will now need to quickly improve his form ahead of the French Open but he will be expected to have found his form by the time Wimbledon starts in June.

“It felt like the first match I have ever played on the tour, very weird,” he told reporters.

“I just completely lost rhythm, everything, struggled a little bit with the health the last couple of weeks.

“I was grateful to be out on the court after surgery that quickly but, at the same time, just didn’t feel good at all. Nerves were there. I made so many unforced errors.”

The world number one will now face 25th-seed Filip Krajinovic in the third round on Monday.