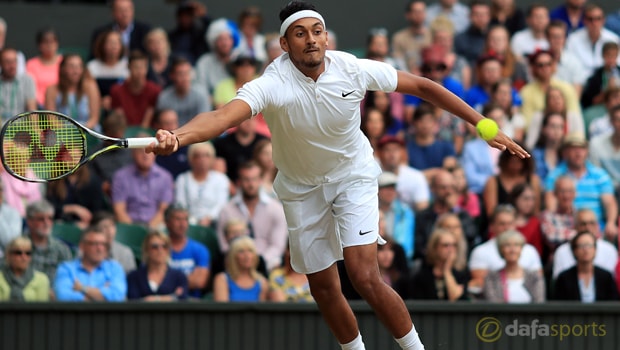 Nick Kyrgios has revealed he is struggling with injury going into the 2017 French Open but is doing everything possible to be ready for his first-round match against German Philipp Kohlschreiber on Monday.

World number 19 Kyrgios has been in decent form since the turn of the year and he reached the semi-finals at the Open 13 Marseille, Mexico Open and the Miami Open.

However, the 22-year-old from Canberra has been hampered by injuries over the past couple of weeks, forcing a withdrawal from an event in Rome before losing in round two in Lyon.

Preparations for the second Grand Slam of the season have certainly not gone to plan and the Australian, who is a key part of his country’s Davis Cup squad priced at 3.40 to win the competition, is facing a battle to be fit for his opener.

Kyrgios, who has never gone past the third-round stage at Roland Garros, has opened up about the current issues hampering him although he is optimistic of being in a condition good enough to seriously compete.

“I haven’t had the best luck in the last couple of weeks,” he was quoted as saying by tennisworldusa.org.

“Obviously my body has been letting me down a little bit so I’m just trying to get that right before I go out there and play.

“I’m actually working through a couple of niggling injuries, but I’m doing everything I can to get ready for my first round.”

This will be the first meeting between Kyrgios and Kohlschreiber and the Aussie is 1.40 favourite to pick up the win whilst his opponent is the outsider at 2.63.

The winner of that match will go up against either Kevin Anderson or Malek Jaziri in the second round, the South African is the firm 1.11 favourite while his Tunisian opponent is a 5.50 shot.