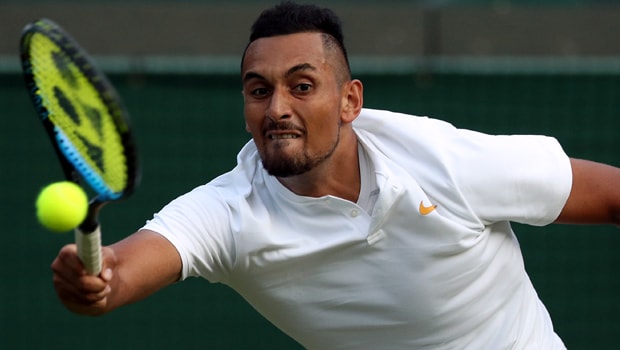 Nick Kyrgios says he is in good shape going into the Atlanta Open after overcoming the elbow and hip injuries that have hampered his progress over the last year or so.

Kyrgios, who remains one of the more controversial characters on the ATP Tour, has suffered from a series of niggling injuries over the past 12 months and has struggled to challenge for titles.

The 23-year-old did manage to win the Brisbane International in January but his performances in the Grand Slams have made for poor reading since he reached the quarter-finals of the 2015 Australian Open.

He has failed to make it past the fourth-round stage in his last 13 major outings whilst the Australian number one, who is ranked 18th in the world, missed the French Open this year due to injury.

Kyrgios is back in action at the Atlanta Open this week – an event he won in 2016 – and he faces American Noah Rubin in the second round after receiving a first-round bye.

The Canberra-born star is happy with his level of fitness going into the tournament and he cannot wait to get started at a venue where he feels at home.

“I’m in better shape than I was a couple of months ago,” Kyrgios told the ATP’s official website.

“I’ve stayed injury-free, relatively, for the last couple of months, which is good … I’m just staying on top of all that sort of stuff.

“I feel confident going into this tournament … I definitely feel very comfortable in my surroundings here.”

Kyrgios is the firm 1.15 favourite to win the match, Rubin is the 4.75 outsider whilst the Australian is 1.57 to win the encounter in straight sets.