Australian Open: Murray through in Melbourne 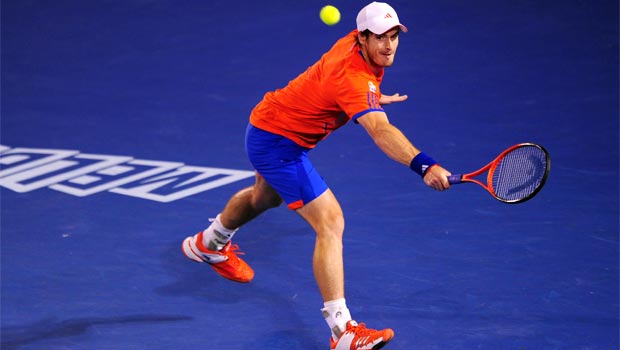 World number four Andy Murray progressed into the quarter-finals of the Australia Open after beating Stephane Robert in Melbourne on Monday.

Murray was expected to comfortably win the contest and he gave his opponent a lesson in the first hour, before eventually dropping his first set of the tournament. He eventually bounced back to wrap up the contest and progressed thanks to a 6-1 6-2 6-7 (8-6) 6-2 victory.

The Scot has had an easy path so far in the tournament, and Robert was expected to be dispatched with ease. The latter only earned his place in the main draw after Philipp Kohlschreiber pulled out through injury.

Murray raced into a two-set lead, but did have a scare as Robert came close to breaking him. The Wimbledon champion took his foot off the gas in the third set, and was punished as a result.

Robert was relentless in the third, and after Murray had four match points he won the tie break to take the contest into yet another set.

However, Murray found his rhythm once more and sealed the win and he will now face Roger Federer in the next round after the Swiss star despatched Jo-Wilfried Tsonga in straight sets.

Speaking after the win, Murray told reporters: “I dominated 95% of the match, and for 15 minutes didn’t close the match out.

“But I still created chances, even when I wasn’t playing so well at the end of that third set. And then the fourth set was fairly comfortable.

“I lost my serve once, so it was pretty good for the most part.”