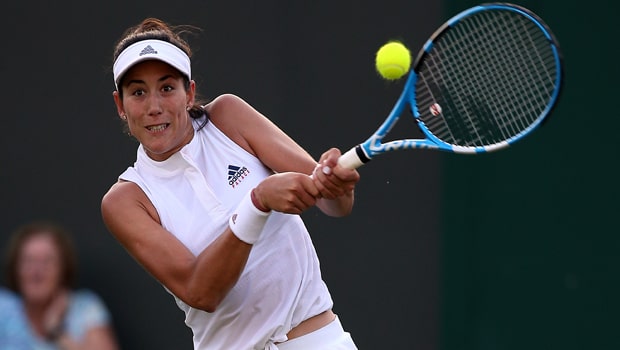 Garbine Muguruza successfully defended her Monterrey Open title after Victoria Azarenka was forced to retire with a leg injury in the final.

Former world number one Azarenka was contesting her first final in over three years and she required a medical timeout after losing the first set to have strapping applied to her right calf.

The 29-year-old soldiered on but was clearing struggling and she withdrew when trailing 6-1 3-1. Two-time Grand Slam champion Muguruza thus claimed her first title since winning in Mexico last year.

“I’m very happy with this week,” said Spain’s Muguruza. “It’s a great feeling to come back and defend a title – it’s never easy.” Azarenka was appearing in her first final since April 2016.

She took time out from the game after winning both Indian Wells and Miami within two weeks as she gave birth to her son, Leo, and has been slowly rebuilding her career on court. “It’s unfortunate I couldn’t give my best today, but I tried my hardest,” a tearful Azarenka said.

“I want to say thank you to my son Leo, who is not with me here. I would love him to be here to share this with me because it is special.”

Muguruza is 11.00 to take the French Open title in Paris, while Keys can be backed at 21.00 to land the second Grand Slam of the season.