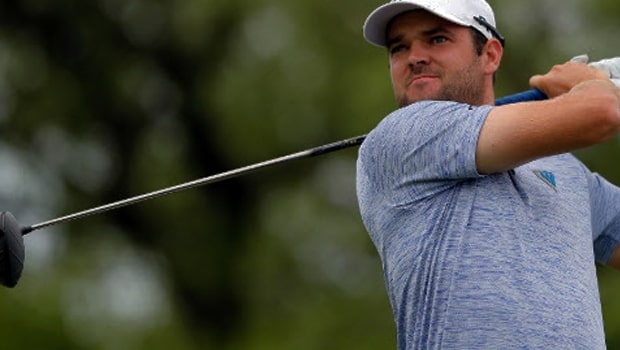 Canada’s Corey Conners became the fifth international winner on the PGA Tour in as many weeks as he wrapped up the Valero Texas Open crown following whirlwind final round.

Conners, who came through a six-way playoff on Monday for the final spot in the field, began the final round one shot shy of Si-Woo Kim, who had led from the start.

The South Korean gave up his advantage when he found water with his tee-shot on the par-three third and would eventually set for tied-fourth. Conners on the other hand found himself duelling with Ryan Moore, who shot a tournament low 64, and Charley Hoffman (67) for the win.

It was anything but straightforward. Having made four birdies in the first five holes, Conners carded four straight bogeys to make the turn in level par.

His incredible run to home saw him firing no less than six birdies, enough to sign for a 66, in a final round that including only three pars.

He became the first Monday Qualifier to win on the PGA Tour since Arjun Atwal at the 2010 Wyndham Championship and will be re-routing himself to the Masters at Augusta National this week.

Conners, who for the third time this season made it through the pressure-cooker that is Monday qualifying in just six attempts, is looking forward to Augusta and to not having such an amount of Monday drama in his Tour life.

“I just tried to think back to the last few days,” he said, “all the great shots that I’ve hit and just say, ‘Hey, you can do it, just stay aggressive and trust yourself.’ “[Going to Augusta] is pretty awesome,” Conners added.

“I won’t be feeling as much pressure on Mondays, I’m sure.”

Conners can be backed at 201.00 to add the Green Jacket next Sunday, while Rory McIlroy is tournament favourite for the Masters at 8.00.