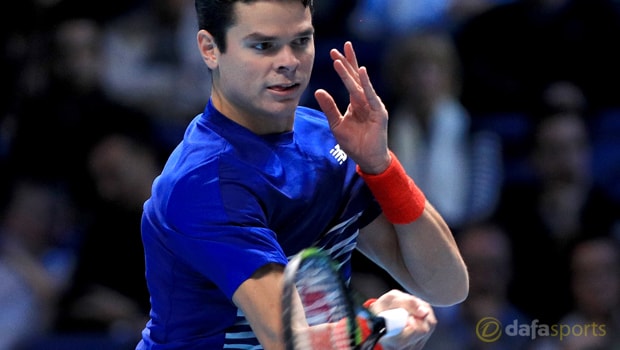 Canada’s number one Milos Raonic says he is eager to go one better at Queen’s Club this year after confirming his place in June’s Aegon Championships.

However, the 26-year-old fell at the final hurdle after being beaten by home favourite Andy Murray, who clinched a fifth title with a 6–7, 6–4, 6–3 victory.

The pair also met in the final of Wimbledon just under a month later and it was the British star who came out on top once again, winning 6–4, 7–6, 7–6 to claim a second crown at the All England Club.

For Raonic, who is yet to break his Grand Slam duck, there were plenty of positives to build on from his grass court campaign and the improvements made across the whole of 2016 were good to see.

The world number five is yet to really fire this year, although he did manage a runners-up finish at the Delray Beach Open in February after he pulled out of the final due to a hamstring injury.

He said: “Having reached the final of the Aegon Championships last year I really want to go one better this time.”

Raonic will be hoping a victory at Queen’s sets him up nicely for another crack at Wimbledon and he is currently priced at 12.00 – fourth favourite – to triumph.

Novak Djokovic and defending champion Murray are the joint 2.88 favourites, whilst 2017 Australian Open winner Roger Federer is a 6.00 chance.