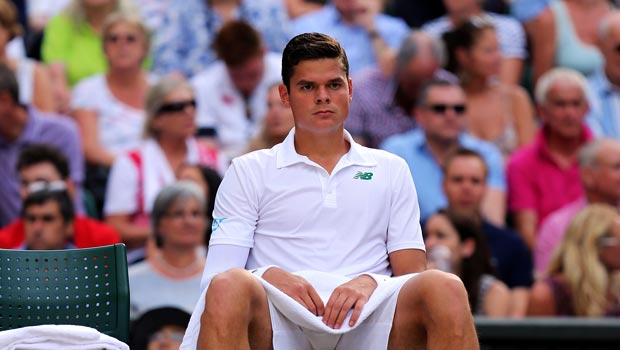 Milos Raonic believes he is getting “better and better” at the CITI Open after beating Steve Johnson in the quarter-finals on Friday.

Raonic, who reached the semi-finals at Wimbledon earlier this summer, looked comfortable as he fired down 16 aces and lost just nine service points against his American opponent in a 7-6 (7-2) 6-2 victory.

The Canadian will now face Donald Young for a place in Sunday’s final after he beat seventh seed Kevin Anderson 3-6 7-6 (7-3) 6-2.

It will be Raonic’s third semi-final appearances of the season and he is confident his game is improving all the time.

Speaking after his quarter-final win, Raonic said: “I’m getting better and better. I played the right way at the end of the sets. When I got the advantage I kept the intensity.

“I’ve gotten better at knowing what I need to do. I step up in the tie-breakers and that has worked out well.”

Raonic is searching for his sixth ATP career title this weekend and is 1.16 to beat Young, who is 5.34 to pick up a surprise victory.

But Raonic knows he will not have it easy against the American.

Richard Gasquet also progressed to the semi-finals after a straight-sets victory over Japan’s Kei Nishikori.

The Frenchman won 6-1 6-4 in under an hour and will now face the winner of Vasek Pospisil and Santiago Giraldo, whose quarter-final clash was suspended due to rain two points into the third set.