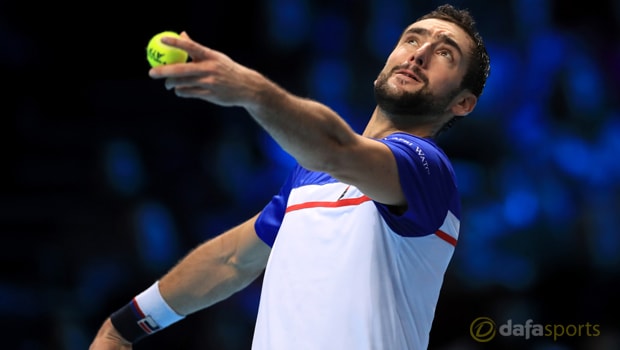 Marin Cilic claims Rafael Nadal has a mental edge at Grand Slam events and has backed the Spaniard to respond to his Madrid Open exit.

Nadal was the favourite to triumph at the Madrid Open last week but his fine run on clay was ended by Dominic Thiem in the quarter-finals.

The Spaniard was enjoying a 21-match unbeaten run before falling in straight sets to Thiem, while he had also set a new record by winning 50 consecutive sets.

His focus now switches to the Italian Open as he attempts to build momentum ahead of the French Open later this month.

Cilic has backed the 31-year-old, who has lifted the French Open trophy on 10 occasions, to rediscover his form in Paris.

“Rafa feels over there probably the best of all clay court conditions that there are,” Cilic said.

“The balls are slightly different over there than what we play with on this clay season.

“I think, overall, you know, playing best of five sets against him, also, there on Philippe Chatrier Court, I think the court is really big.

“And that makes it maybe just vision-wise slightly different than somewhere else.

“And I think Rafa’s mentality, in general, on Grand Slams is maybe one percent or slightly better than everywhere else.

“And I think that makes it just slightly more difficult to beat him there.”