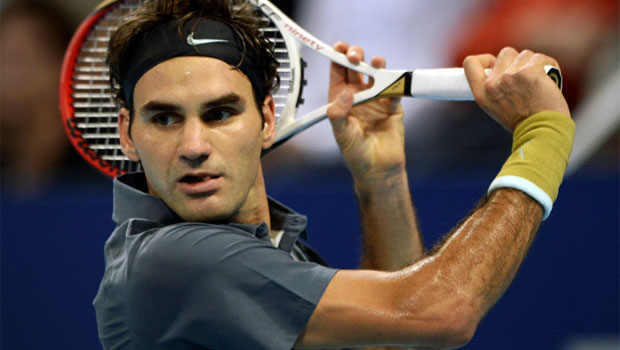 Roger Federer sealed his place at the next week’s ATP World Tour Finals with a straight-sets win against Kevin Anderson to reach round three of the BNP Paribas Open in Paris.

The 32-year-old Swiss former world number one has been a feature at the eight-man season-ending event, which is now held at London’s 02 Arena, for 12 successive years.

However he was struggling to qualify this year following a disappointing campaign in which he was won just one title.

But, following his second-placed finish at his home ATP Basel Indoors last week, Federer’s 6-4 6-4 victory against South African Anderson in Paris means he has done enough to book his spot in London where he will be aiming for a record seventh ATP World Tour Finals title.

Richard Gasquet, Stanislas Wawrinka and Milos Raonic are now battling for the two remaining places at the tournament, which starts on Monday.

Seventh seed Wawrinka beat Feliciano Lopez 6-3 3-6 6-3 to reach round three, while Raonic impressively defeated Robin Haase 6-3 6-4 to stake their claim. However the latter must reach the final in Paris to stand any chance so it looks like Wawrinka and Gasquet will be making the short trip across the Channel to London.

Meanwhile number one seed Rafael Nadal booked his place in round three of the BNP Paribas Open with a 7-5 7-5 win against fellow Spaniard Marcel Granollers.

Ahead of his meeting with Jerzy Janowicz later on Thursday Nadal said on the ATP’s official website: “I had a very tough one against him in Montreal this year. I’m going to try to play aggressively, play with more intensity than what I did today.”