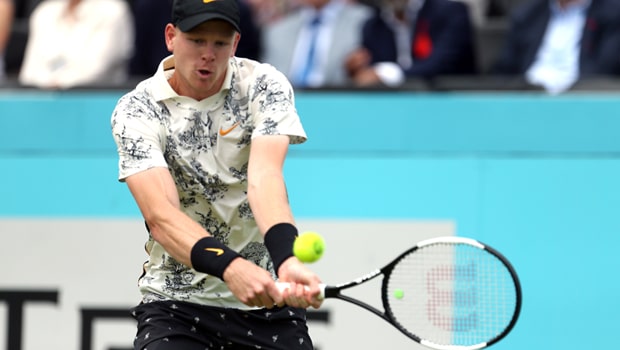 Kyle Edmund feels his form is returning but expects a tough all-British quarter-final with Dan Evans at the Eastbourne International on Thursday.

British number one Edmund booked his spot in the last-eight with a 6-2 6-2 success over compatriot Cameron Norrie while Evans took care of Frenchman Pierre-Hugues Herbert 6-3 7-5.

The two men will clash on the south coast on Thursday afternoon, with the winner set to face either America’s Taylor Fritz or Hubert Hurkacz of Poland in the semi-finals.

Edmund has struggled at times this year and, from the high of reaching the 2018 Australian Open semi-finals, has not been past round two at either Melbourne or Roland Garros. With Wimbledon approaching, the South African-born ace will hope to step up even more and he feels things are moving in the right direction.

“I have moved on (physically, from the French Open). I’m feeling a lot better and happier with myself,” he said.

“I was better at Queen’s and I feel better this week. It’s good that I can sort of transition what I have been doing in practice onto the match court.”

The two Brits have met twice before in the professional ranks, with Edmund winning on both occasions – in Dallas (2016) and on the clay of Monte Carlo (2017) – but he is taking nothing for granted against an in-form player. “Every time I play a match and come through it in a positive way, I like that,” he added.

“So it’s sort of another opportunity. But it will be a tricky match with Dan. It always is, and on grass, it’s probably his best surface.” Edmund is 1.67 to win while Evans can be backed at 2.20.