WTA: Angie Kerber has no answer to Serena Williams’ power 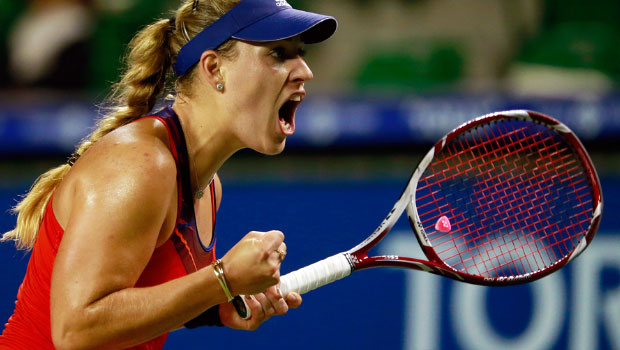 Angelique Kerber admits she was powerless to prevent Serena Williams from thrashing her on the opening day of the WTA Championships in Istanbul.

Williams is the red-hot favourite to win the season-ending showpiece, having enjoyed one of the best years of her stellar career with an incredible 10 titles already under her belt.

And she seems to have no intention of slowing down with a 6-3 6-1 triumph over the 25-year-old German in the eight-woman tournament.

Williams has appeared almost unbeatable at times since she claimed the 2012 Wimbledon crown, with three more Grand Slam titles to her name since that success at SW19.

She has blasted many an opponent off court over the past 16 months and Kerber confessed that she was just a lamb to the slaughter in Turkey.

Elsewhere, Belarusian Victoria Azarenka struggled past Sara Errani, with a 7-6 6-2 success over the Italian, while Petra Kvitova of the Czech Republic was too good for Poland’s Agnieszka Radwanska and pulled off a 6-4 6-4 success.

Williams is back in action on Wednesday and will play Radwanska while Errani faces Li Na of China and Azarenka takes on Serbian star Jelena Jankovic.

And the American superstar admits that her body is holding up well after a long season as she looks to end the year on a high note.

“I definitely don’t feel as fresh as I did,” Williams said. “But I definitely feel surprisingly good.”