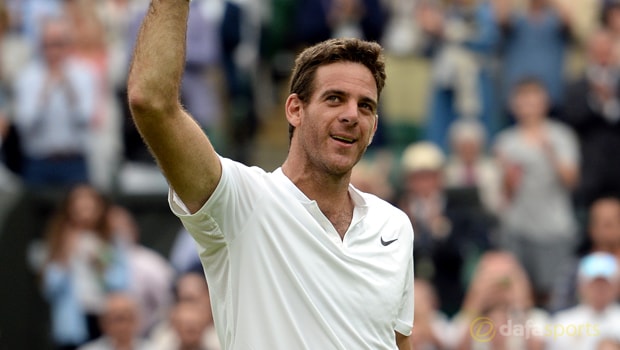 Former world number four Juan Martin del Potro is hoping he can continue his impressive form in Miami after winning his first Masters 1000 title at Indian Wells on Sunday.

Del Potro, who has suffered numerous injuries and undergone many surgeries throughout his career, has managed some impressive results since returning to full fitness but his title in Indian Wells is perhaps the most significant since his solitary Grand Slam success, the US Open in 2009.

The Argentine won the Stockholm Open in 2016 and 2017 whilst he also reached the US Open semi-final last year where he was knocked out by eventual champion Rafael Nadal.

‘Delpo’ has enjoyed a good start to 2018 and, after triumphing at the Mexican Open earlier this month, he managed to break his Masters 1000 duck at Indian Wells, beating Roger Federer in a thrilling final on Sunday.

The 29-year-old clinched a 6-4 6-7 7-6 victory over the Swiss legend to lift the BNP Paribas Open for the first time and Del Potro is hoping to keep the momentum going in Miami.

“This moment is so big for me because I’ve never won a title like this,” he told Sky Sports.

“I think it’s time to celebrate a little bit before thinking about Miami which is one of my favourite tournaments on tour. I will try to play as well as I did here.”

Del Potro will be hoping to add a second Grand Slam to his collection this year and Wimbledon, an event he reached the semi-final at in 2013, is arguably one of his best chances.

He is currently priced at 19.00 to win the tournament at the All England Club whilst world number one and defending champion Federer is the clear 2.40 favourite.