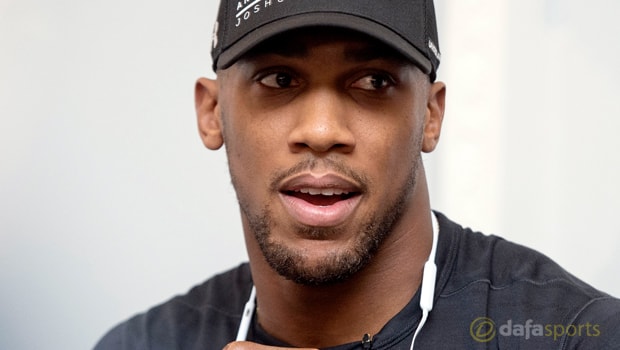 Promoter Eddie Hearn is adamant Anthony Joshua will have a second fight with Dillian Whyte if the latter can get the better of Lucas Browne on Saturday.

Joshua and Whyte went head-to-head in an all-British affair back in 2015 and it was the London 2012 Olympic gold medallist who walked away with a TKO victory, maintaining his perfect professional record.

However, despite picking up the win, the 28-year-old was rattled by ‘The Body Snatcher’ on a couple of occasions and there have been calls for a rematch in the years since.

AJ has won his five fights since, including a stunning TKO victory over Wladimir Klitschko, and he puts his IBF and WBA Super belts on the line against WBO holder Joseph Parker on March 31 at the Principality Stadium in Cardiff.

Whyte goes toe-to-toe with Browne at the O2 Arena this Saturday for the WBO Silver Heavyweight title and the winner of that bout will become number one contender to take on WBC champion Deontay Wilder.

The Briton is the 1.36 favourite to come away with the win, a draw is priced at 21.00 whilst his Australian opponent, who has won all 25 of his previous fights, is a 3.30 chance.

However, no matter what happens over the next couple of weeks, Hearn believes Joshua and Whyte will square off again. “I know that Joshua will fight Dillian Whyte again,” he exclusively told Sky Sports.

“I think if you asked him and said ‘Tell me one fight in the division you want?’ He could say Dillian Whyte, because he loved it, and he feels as though he wasn’t his best, because he lost his rag a little bit.

“But he’s improved so much and he loves having a tear-up, and he knows Dillian will give him a tear-up.”