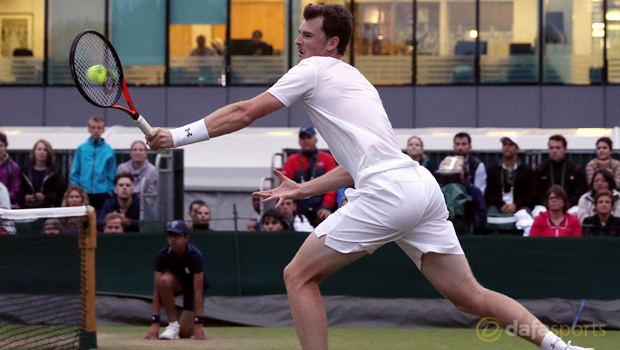 Jamie Murray is confident he and brother Andy know each other’s games well enough to pay off when the Great Britain pair go for gold at the 2016 Olympics.

The Murray pair are rarely seen on court together on the ATP Tour with Jamie, the older sibling, a doubles specialist and opting against featuring in the singles.

Andy on the otherhand only occasionally decides to team up with a partner and his focus has been on individual glory, having won three Grand Slam tournaments to date.

The 29-year-old’s most recent triumph came at Wimbledon this year after beating highly-rated Canadian Milos Raonic, who has John McEnroe on his coaching team, in the final at SW19.

It has been a similar success story for the Scot’s brother as Jamie, who is the world number five in doubles, won the Australian Open back in January with Brazilian partner Bruno Soares.

Both Murrays have been selected in team GB’s tennis squad for the Olympics in Rio and they are expected to team up in a quest for gold.

Many will be hoping the Scots can reproduce the brilliant performances witnessed in the Davis Cup last year as GB lifted the trophy by beating Belgium in the final.

Jamie is feeling confident ahead of the Games and believes a successful run can be put together in the doubles side of the tournament. “We have played together a lot over the years,” he said.

“We know exactly what each other is trying to do on the court and hopefully that will bode well for the Olympics.”

Frenchman Nicolas Mahut and Pierre-Hugues Herbert are also expected to go close in their quest for gold while the American duo of Mike and Bob Bryan will be feared.