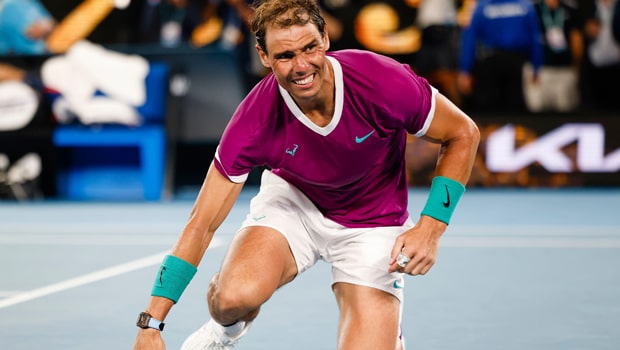 Rafael Nadal received a lot of messages and praise after he clinched his 21st Grand slam title as he won Australian Open by defeating Russia’s Daniil Medvedev in the final of the tournament on Sunday at the Rod Laver Arena. Among these messages, was Nadal’s arch-rival and good friend Roger Federer.

Nadal was two sets down in the final but bounced back stronger and didn’t give up, which has been his biggest strength on the court. Thus, Nadal became the second player after Novak Djokovic to win every Grand slam at least twice in the Open Era. Djokovic also left a congratulatory message for Rafael Nadal, after the Spaniard became the first Men’s Tennis player to win 21 Grand slam titles.

“It means a lot to me,” Nadal said. “We have an amazing relationship – we did amazing things together. For me, it’s a great honor to be part of his era.

“Together we have enjoyed and lived amazing moments of the history of our sport. To receive a message like this from him means a lot to me. “I wish him well, he knows, and I really hope that we will be able to play again in important stages.”

Roger Federer, who has shared an epic rivalry with Rafael Nadal, was among the first Tennis players to congratulate Nadal on the big accomplishment.

“What a match!” the Swiss wrote on Instagram, after watching the final from afar as he continues his recovery from what he hopes will be a career-prolonging knee surgery. “To my friend and great rival, Rafael Nadal, heartfelt congratulations on becoming the first man to win 21 Grand Slam singles titles.

“A few months ago we were joking about both being on crutches. Amazing. Never underestimate a great champion. “Your incredible work ethic, education and fighting spirit are an inspiration to me and countless others around the world.

“I am proud to share this era with you and honored to play a role in pushing you to achieve more. “As you have done for me the past 18 years. I am sure you have more achievements ahead but for now, enjoy this one!”.

Nadal, Djokovic, and Federer have given many memorable moments to Tennis fans over their respective careers and have pushed each other to give their best.