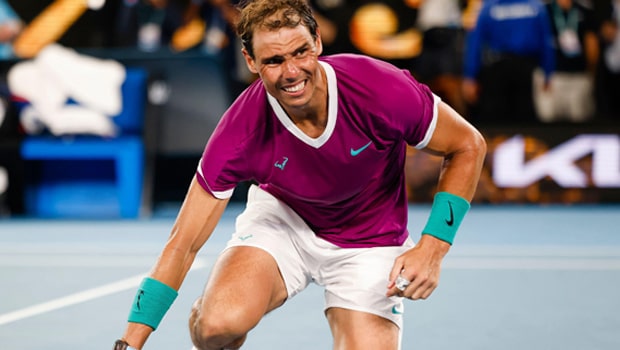 Tennis veteran Rafael Nadal knows the road ahead is going to be a difficult one for him but he is confident of doing well. Nadal feels it is not easy to make a comeback after an injury but he is determined to make the hard yards once again.

The Spaniard has all the experience under his belt and he knows how to make a solid return from an injury. Nadal added that he will look to improve day by day and he is looking forward to giving his best in the Mutua Madrid Open, which he has won on five occasions.

Nadal has recovered from a stress fracture in his rib and he will return to action after a month. Thus, the 35-year-old will look to hit the ground running in Madrid before the all-important French Open.

“I have improved compared to when I arrived here [in Madrid], but I still have ups and downs, because it’s been a long time,” Nadal said. “It’s going to be a difficult week.” “That’s the reality. We have to be calm, we have to accept that things are going to be far away from perfection, but then onwards we just have to fight. I’m recovered. I feel good.

“It’s a very tight tournament for me. We will have to take the positives and perhaps I will have good moments playing on the court. We have to have some patience. We have to be humble day after day to see what happens. I will try to improve every day.”

Meanwhile, Nadal feels it is not easy to bounce back after an injury. However, Nadal was in the red-hot form before he got injured as he won three titles, including the Australian Open. Nadal had a 20-0 record before losing the Indian Wells final against Taylor Fritz and he will look to hit the same form upon his return.

“It’s difficult when you have these injuries in the middle of the season, it’s difficult to recover,” he explained. “But my ideas are very clear. “I know that the moment has been negative. A goal for me is to be able to accept what happened and be able to play as best as possible. I know it’s going to be difficult, but I’m also confident. I know that things started very well at the beginning of the season.”

The 21-time major champion will play either Alexander Bublik or Miomir Kecmanovic in his opening match in Madrid.