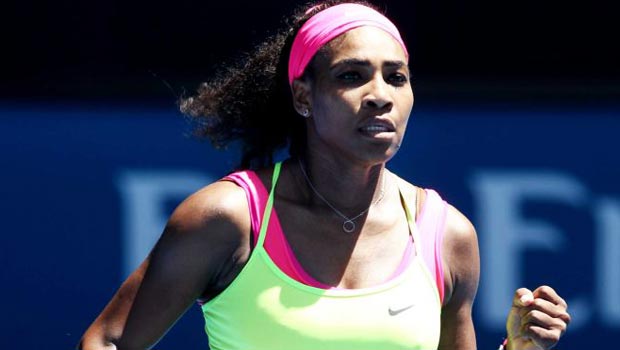 Serena Williams says the illness which has recently affected her is getting “worse and worse” ahead of a semi-final showdown with Madison Keys at the Australian Open.

The world No.1 has been dogged by health issues since the start of the year and came to Melbourne feeling far from her best.

However, whatever is affecting the 18-time Grand Slam has not stopped her progressing to the last four of the first major of 2015.

The 33-year-old needed just 65 minutes to see off 11th seed Dominika Cibulkova 6-2 6-2 in her quarter-final meeting.

Williams will meet fellow American Keys in the semi-finals after she beat Venus Williams 6-3 4-6 6-4 in Wednesday’s other quarter-final.

The unseeded 19-year-old has caused plenty of upsets already at this year’s Australian Open, beating Wimbledon champion Petra Kvitova in the fourth round, and now has her sights set on Serena.

The five-time Australian Open champion fears she will not be in peak condition again when she faces off against Keys, claiming she is struggling with a virus.

“I’ve felt better, but I’m feeling OK. I’m just happy to still be in the tournament. I definitely have a little raspy voice. Hopefully I’ll get better.

“I’ve been sick the past few days. It’s just getting worse and worse. But hopefully it will start getting better.

“I heard it’s a virus going around with a lot of the players. I think I caught it.”

Keys may not be 100 per cent herself for the semi-final after being forced to undergo treatment on her leg during her quarter-final.

The teenager hopes the damage done will not turn out to be serious as she bids to reach her first Grand Slam final.

“I have had some problems with that part of my leg, so it was kind of an overwhelming moment,” she said.

“It was kind of scary but luckily I was able to catch it before I did any real damage to it.”