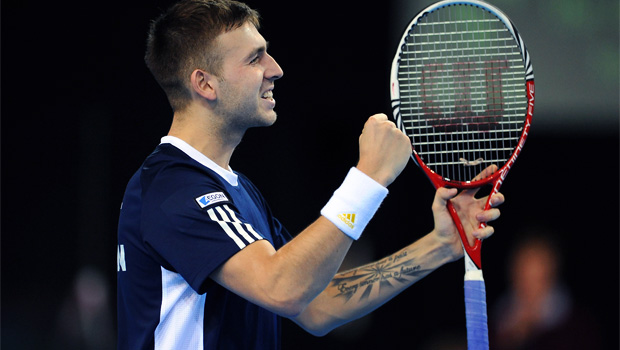 British qualifier Dan Evans continued his fine form at US Open by fighting back from a set down to beat Bernard Tomic 1-6 6-3 7-6 (7/4) 6-3 and seal his spot in third round.

Evans made the headlines after defeating 11th seed Kei Nishikori in the opening round at Flushing Meadows and he further enhanced his reputation in round two.

The opening set was comfortably taken by world number 52 Tomic with Evans failing to demonstrate the fearless attitude that helped him through the first round.

However, the game turned in the second set when the Brit responded to come back from 2-1 down to eventually level the game.

The 20-year-old settled into the match and utilised his forehand to trouble the Australian and despite being taken to a tie break in the third, he kept his nerve to lead for the first time.

Tomic has been accused of throwing in the towel in the past and he cut a dejected figure in the fourth set and handed the Birmingham-born man the opportunity to take on 19th seed Tommy Robredo.

Roger Federer invited Evans to train with him in the week and was impressed with what he saw from the Brit.

Federer said: “It was the first time I really got to meet him or play with him.

“Now I have an idea how he plays, which I guess is not a bad thing. I think we were really just trying to help each other out on a rainy day trying to get a hit in. I thought he played really nice, he’s got a great shot.

“I’m still a little bit surprised he beat Tomic, because we know what Bernard can do. But great effort for him.”

Evans has never advanced further than the first round at a Grand Slam and he will now gain an extra 90 ranking points.